Spira Mirabilis is a research and writing project started in 2009 and dedicated to the solo instrument with or without electronics. All aspects – from formal processes, to syntax elements, through the idiomatic language – revolving around the concept of spiral, both as a mathematical representation as well as inspiration and aesthetic speculation.

Spirals become formal metaphors of different musical gestures, especially in terms of timbre and directionality, that through reading and re-reading of the sound material lead the listener in a dimension of incessant research, as suggested by the Latin phrase eadem mutata resurgo, exploring the multiple labyrinths of the psyche, ego, consciousness, spirit, selfness.

In this album, with its very diversified contents, Michele Bianco proposes his demonstration of a thesis which we could formulate as follows. The musical discourse is a gallery of “silhouetten” which assumes its global meaning by subtracting itself from silence, just as a “silhouette” withdraws itself from light. As happens with the famous “figure of Rubin”, which is at the same time a vase and two faces, music moves on diverse perceptive, cognitive and emotional planes. Bianco, by mastering his bayan, succeeds in eliciting them all. 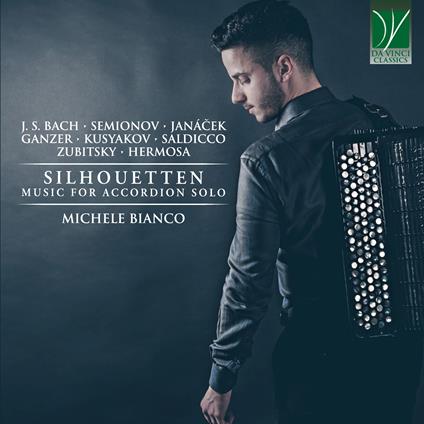 ELECTRIC by Sergio Sorrentino, produced by Rick Romano and distributed by RMN Classical, is released on Apple Music, Spotify, Amazon Music, and all the platforms. The album includes performances of works by renowned composers of today’s contemporary scene such as Steve Reich, John King, John Cage and Joji Yuasa, and will also feature four world premieres.

The works premiered on the album are “Electric Prelude,” by Sergio Sorrentino, “Glitch,” by Rick Romano, “Spire VI,” by Cesare Saldicco, and “Chase,” by Ayal Adler.

“Thanks to RMN Classical, I’ve been able to create ‘Electric,’ an album built upon years of research on the contemporary repertoire for electric guitar. This album contains a huge piece of my musical world,” Sorrentino says, “starting from my versions of masterpieces such as Steve Reich’s ‘Electric Counterpoint,’ and Leo Brouwer’s ‘Paisaje Cubano con Lluvia,’ passing through King, Cage, Bouffard and Yuasa, up to exciting new works dedicated to me by Romano, Saldicco, and Adler.”

Produced by R. Romano
All tracks recorded/mixed by Sergio Sorrentino except for tracks 02, 03, 04, 10 mixed by Cesare Saldicco.
Mastered by Rick Romano except for tracks 05, 07, 11, 12 mastered by Feliciano Chiriaco at Moto Armonico Studio (BT, Italy).
Cover design by RMN Classical
Backphoto by Donatello Lorenzo 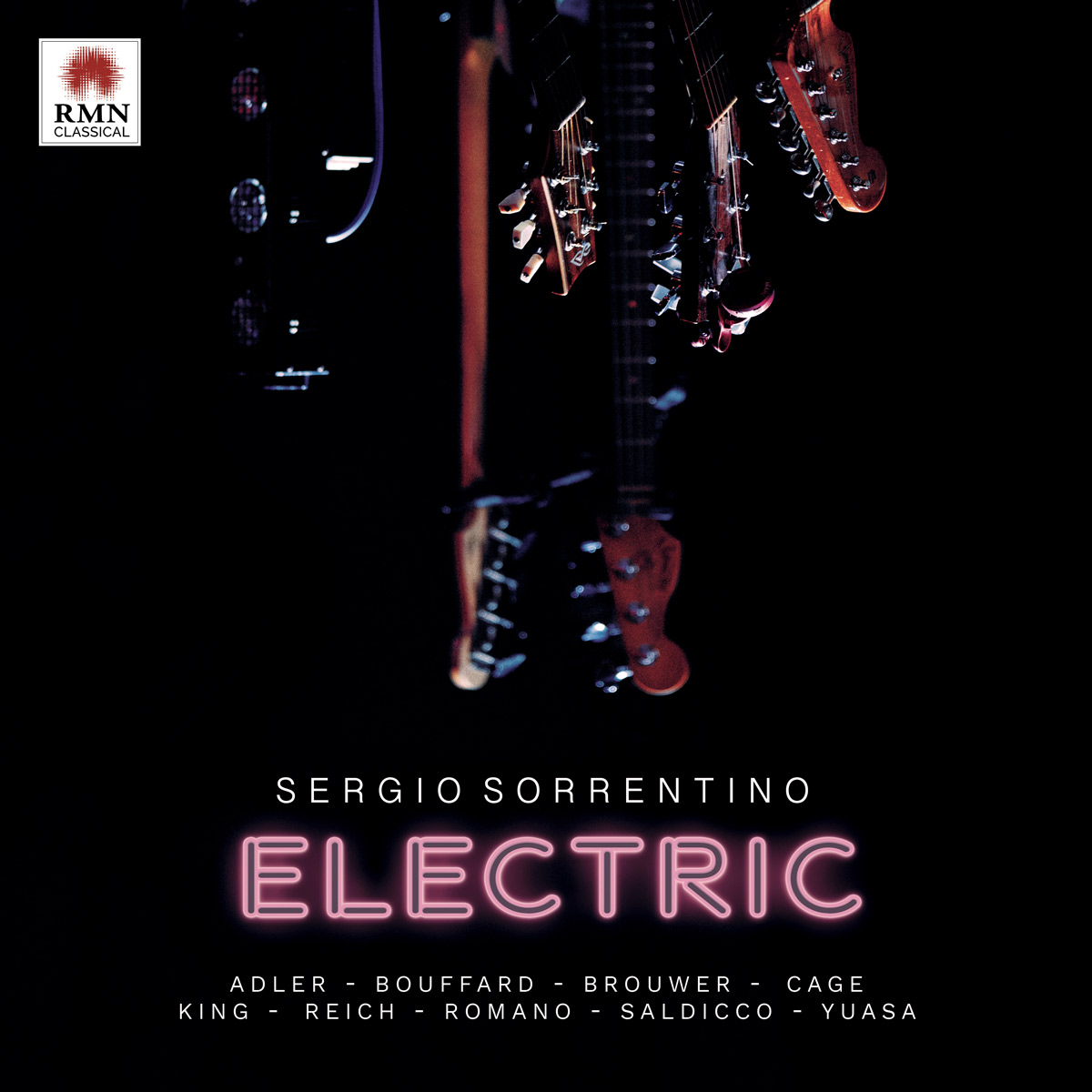 NÙCLEO MÙSICA NOVA VOL. I - DO WE REALLY NEED ELECTRONICS?

Do we really need electronics? This is the provocative title of an interview with North American composer Morton Feldman, conducted by Kaija Saariaho in 1987. Feldman stated that “one of the first things a university does is to feel that they have to build up their electronic studio, and when I came to teach for the first time, it was 1972, 1973, and that was the beginning of the build-up of the electronic studio. And the students noticed that I was never in there, and I never discussed electronic music, and I never encouraged. However, I never discouraged.”
We want to encourage. If Feldman did not acknowledge the potential of electroacoustic music at that time, he possibly provoked in his students a desire and the will to experience contradiction. In contrast to his beliefs, this CD project celebrates the democratic extension of and the liberating sonic possibilities achieved by electroacoustic music. At the beginning of the 20th century, all the expectations of artists, such as Edgar Varèse or Luigi Russolo, have now not only been confirmed, but have been confirmed beyond the conjectures, both aesthetically and economically speaking. Just as in film—in Walter Benjamin’s sense—electroacoustic music has reached a democratic level of di_usion that has never been observed in instrumental music: a distribution of the exact artwork (the masterpiece) by embracing its reproducibility as legitimate and natural. 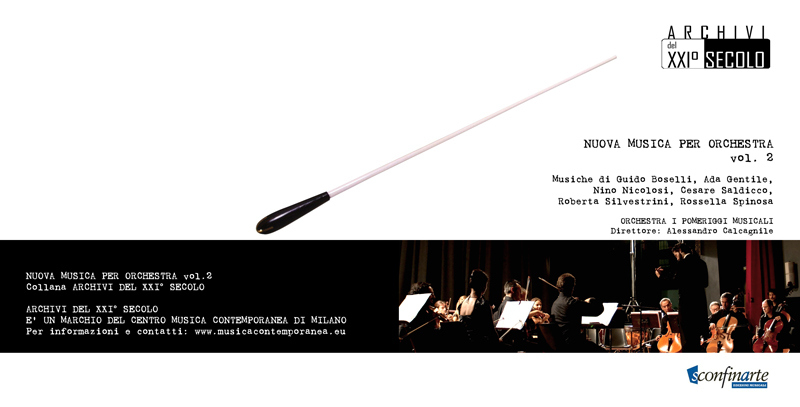 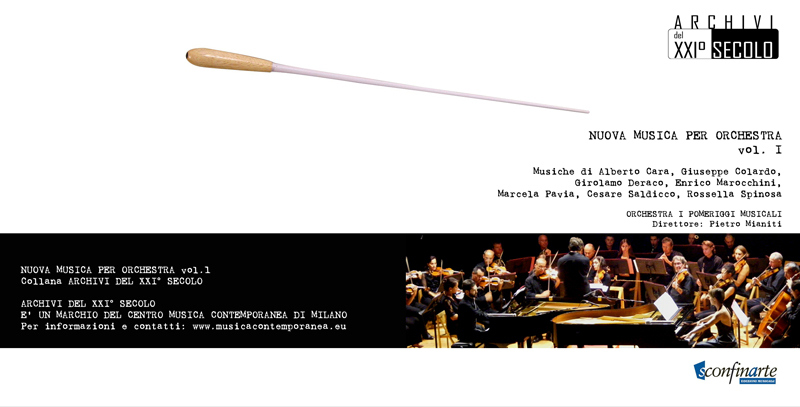 This editions of Punti di Ascolto is the result of call 2007 and 2009, fourth and fifth selection of recent works promoted by federazione CEMAT with the aim of promoting Italian electroacoustic music production. The announcement of the contest required the presentation of electronic/electroacoustic works for tape and one or more instruments (and/or voice), with or without live electronics. The first edition was dedicate to under-30 Italian composers: the jury, composed of Mauro Cardi, Enrico Cocco, Agostino Di Scipione, Michelangelo Lupone and Walter prati, chose six out of the 24 submitting works. The jury of the fifth edition, composed of Laura Bianchini, Mauro Cardi, Enrico Cocco, Francesco Giomi and Walter Prati chose six out of the 41 submitted works.

Cesare Saldicco propose us an oxymoron in music, Naussances Latentes for cello and electronic sounds. Latente, hidden births. From the beginning the percussive use of the cello, opposed to the electronic sounds that open the piece on the edge of silence, creates the impression of a trobar clue, a music that could be fully appreciated only by an attentive listener. In Saldicco’s work there are some peculiar elements of today’s computer-aided art music composition: The relationship between sound and noise, the Timberlake research, the section and fragmentation of time and opposition between acoustic and synthetic. And here as well is that the traditional instrument, this time is the cello, which leads the audience by hand and offers a red thread that takes them to the end of the piece.

I first met Cesare in Perugia during a Master Class for pianists… he was the one who asked more questions, that launched out for any kind of new experiment, who had the gift of the gab… well, he convinced me to gave him a kind of private lessons. I don’t regret at all. Because we are talking about a very curious and intelligent person and very musically, indeed.
He shows this also when he decide to lead a band and take care of the compositions.
I had the opportunity to listen to some of these songs before they have been recorded, amnd I immediately found them very inspired and cool. I’m sure you will appreciate the elegance of his singable music.
[Stefano Bollani] 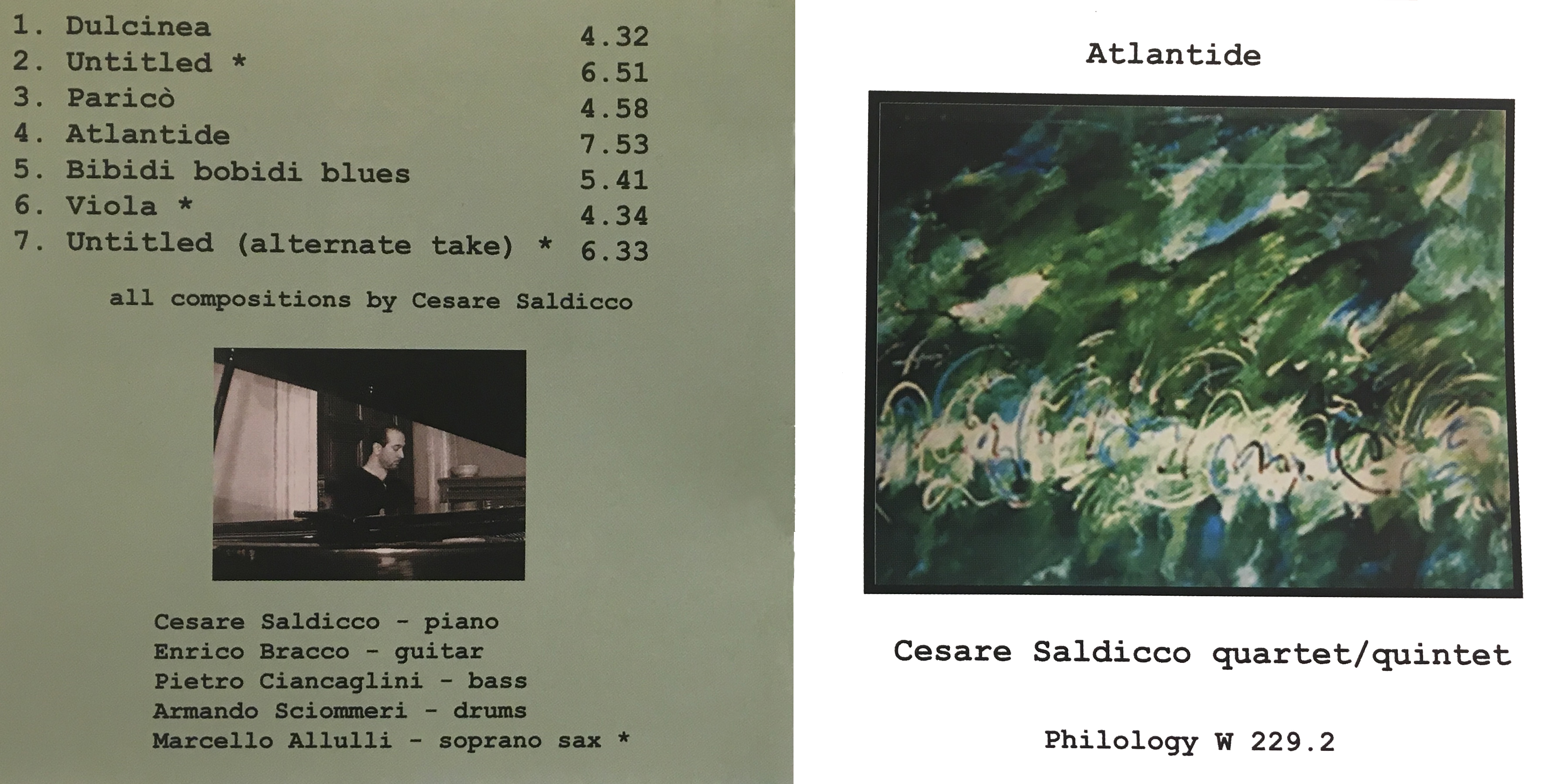